MVP and Prototype: What’s Best to Validate Your Business Idea?

Every startup needs to pass a number of stages to launch the final product. And one of the most important stages is idea validation. Both an MVP and a prototype approaches can help you with it but at different stages of product development.

However, people often confuse these two definitions. Comprehension and accurate usage of both methodologies will guarantee that your business concept is accepted well by stakeholders and users, and will further on enhance the success of your future product launch.

In this article, we will open the veil of the distinction between an MVP and a prototype and discuss how both can help to validate your business idea.

What is a prototype?

A prototype is an early sample, model, or release of a product built to test a concept or process or to act as a thing to be replicated or learned from – Wikipedia.

When you have a product idea, you need to check whether it will work at all. Here comes a product prototype as one of the cheapest and fastest options before moving to further startup development. This way you see how will your future product function and what it can look like.

Thus, a prototype is a very basic implementation of a future project. Simply put, it is like a sketch that you introduce to investors to show your idea alive and running. Along with that, the prototype’s performance is easier to understand for investors compared to the technical documentation.

The leading goal of a prototype is testing. Your early adopters and investors are those who accomplish this task. Creating a prototype allows you to get prior acquaintance with the way potential users will interact with your future product. The development team should collect the clients’ feedback and consequently make alterations to an existing prototype or build a new one.

Frequently, before moving on to MVP development, you need to build lots of prototypes with different scopes and content. Prototyping is additionally effective in inventing fresh ideas about the startup product. With a product prototype, you can raise funds and later create a minimum viable product based on it.

Example of a prototype

Africar is an online multi-site marketplace for buying and selling cars in Africa, which is a successful project started with a prototype and an MVP.

When we began working on the platform development, we decided to provide the customer with a UX prototype to demonstrate the user flow on accomplishing particular actions on the website.

Since the platform’s primary goal is to provide the users with functionality to sell or purchase cars, Initially, the website prototype included such stages as (1) Registration/Sign In and (2) Car Offer creation. For example, the latter involved several steps: Login, Vehicle, and Contact Info.

Let’s look at the Car Offer creation in more detail. 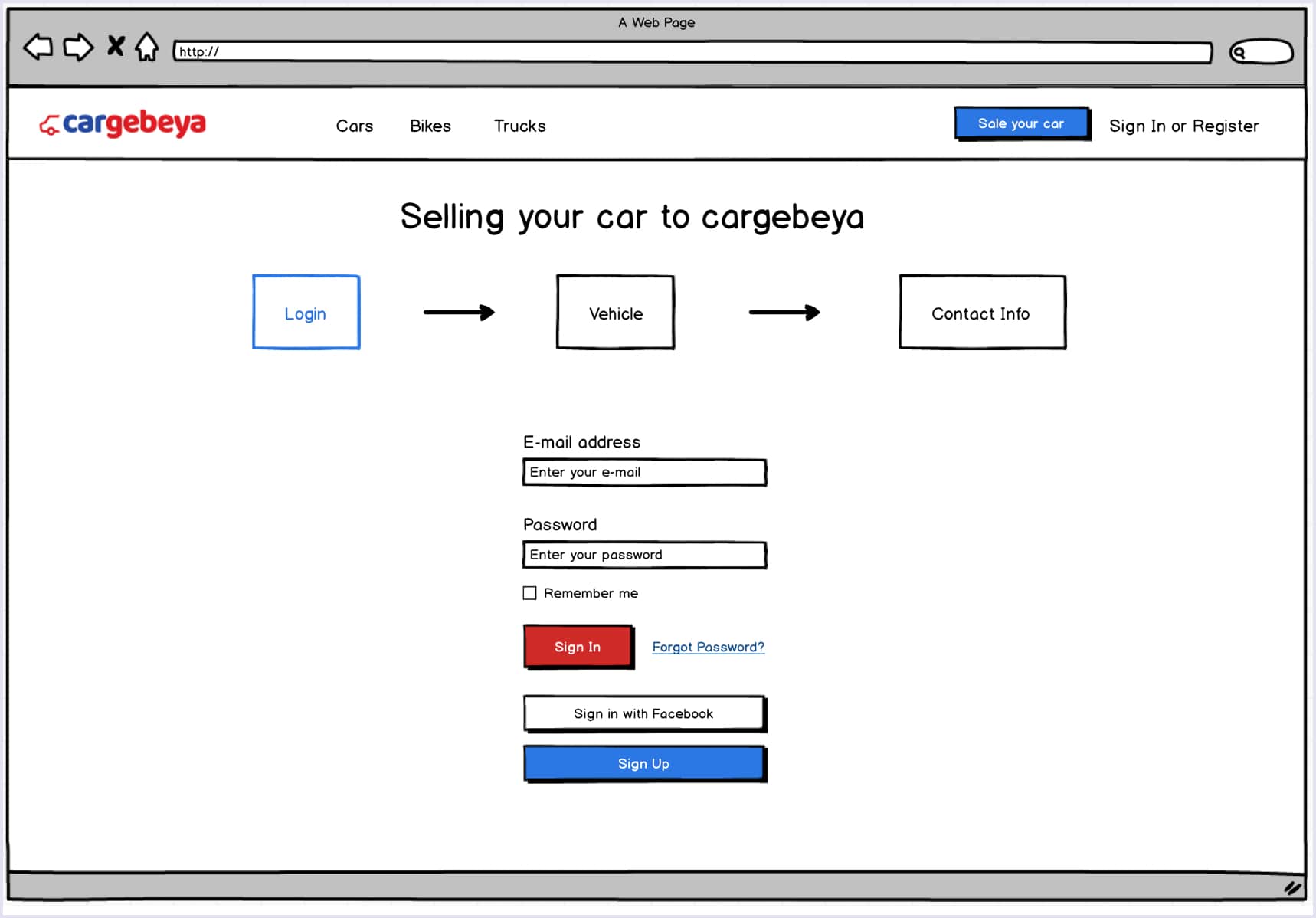 2) At the next stage, you need to enter the information about your vehicle like Type, Condition, Make, Model, Style etc. You have an opportunity to upload the photos of your vehicle. 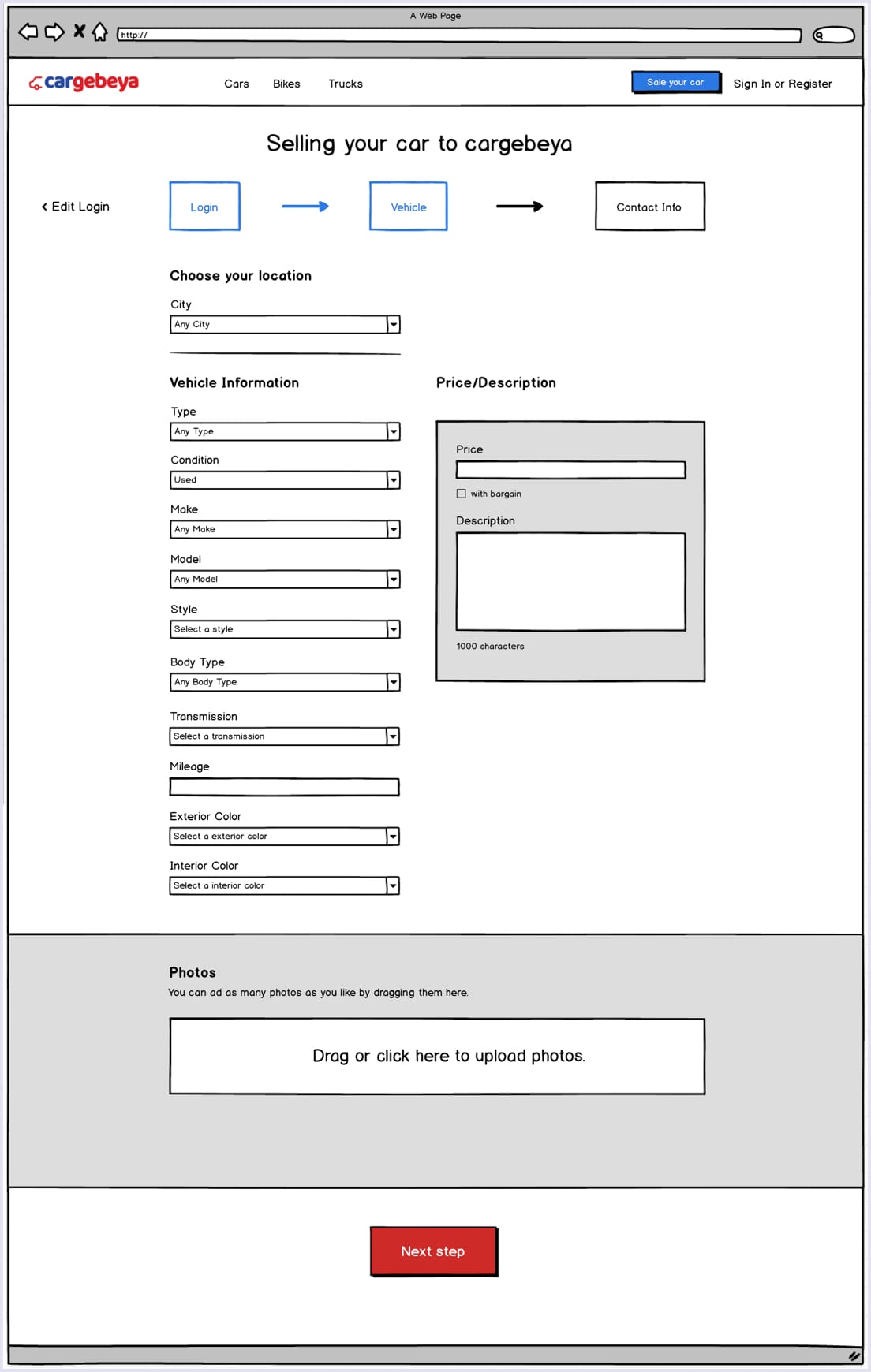 3) At the last stage, you should enter personal data like First/Last name, e-mail address, phone number and click the submit button to publish your offer. 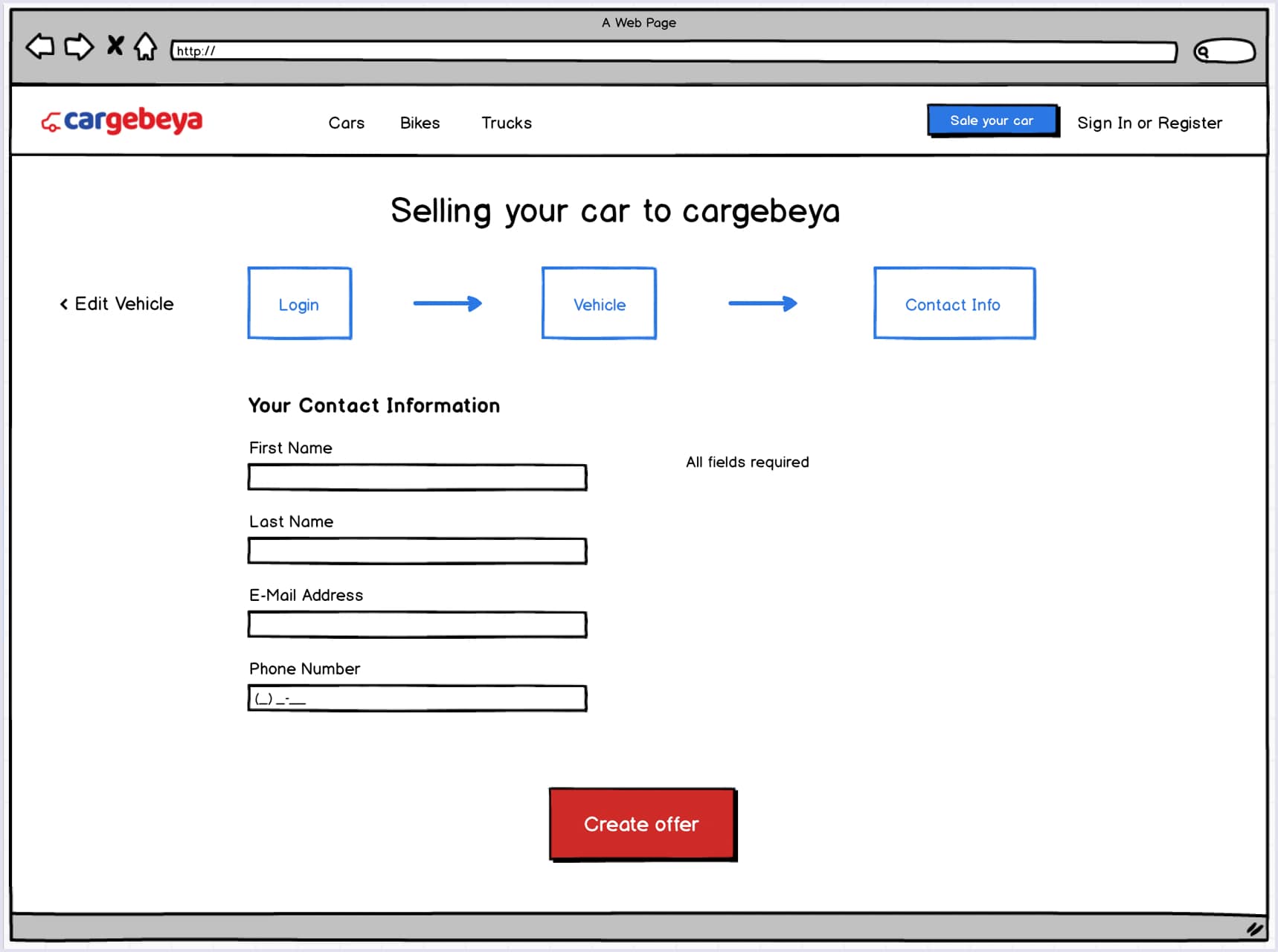 Later, we have additionally developed the mobile app prototype which was illustrating the way mobile users will engage with the websites. 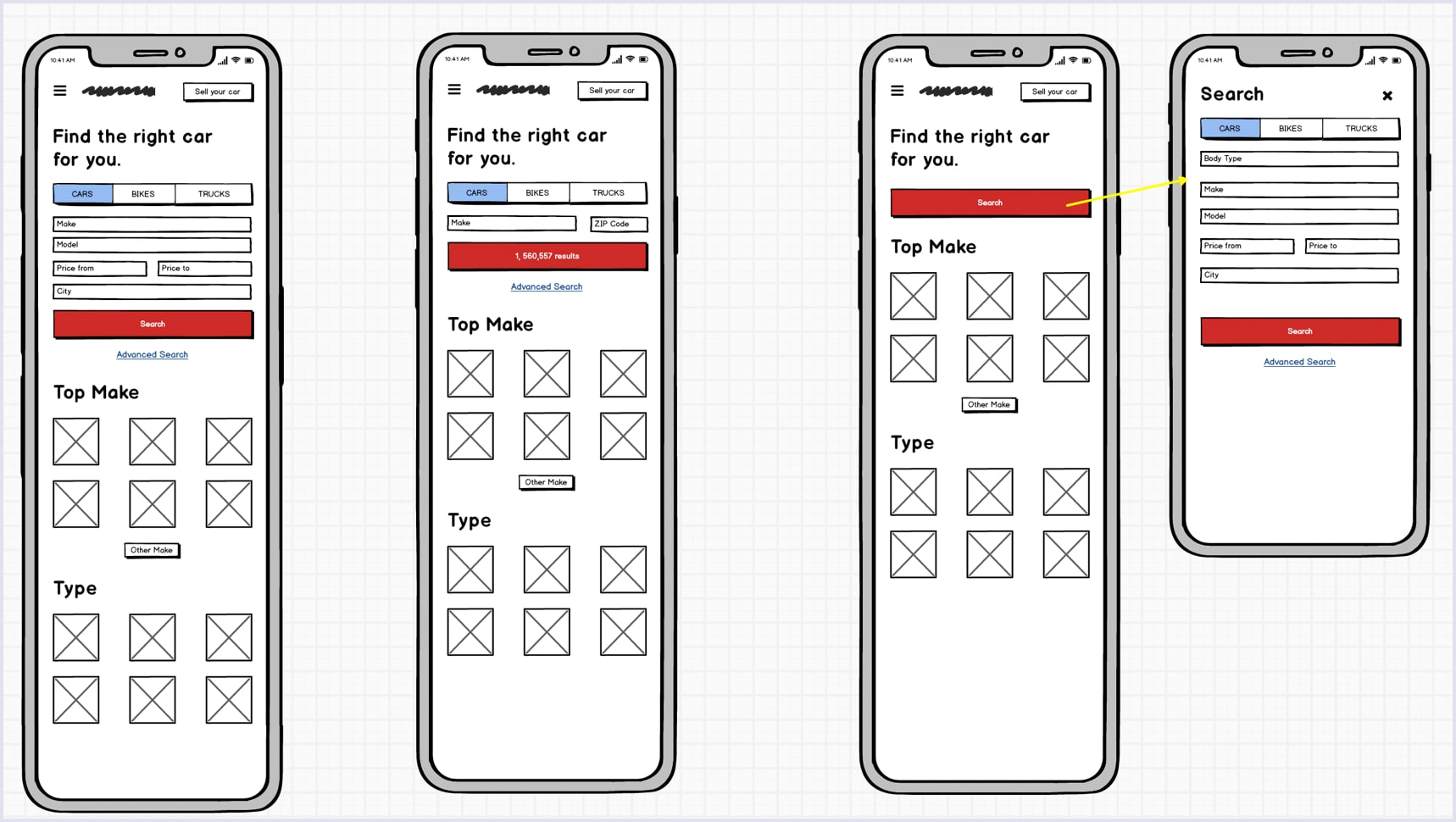 Finally, the prototype development helped us and the customer to find the best user flow and continue the platform development.

Do you want to know more about MVP development and startups?

Subscribe to our newsletter to get valuable insights from our experts.

What is a minimum viable product?

A minimum viable product (MVP) is a product with just enough features to satisfy early customers, and to provide feedback for future product development. - Wikipedia.

If you have an idea of a product or service, or even already have built a prototype, you still need to check whether it’s worth any outlay. Here comes an MVP which helps you evade wasting of time and money, and quickly and effectively build a functional product, which can further be scaled and amended.

An MVP is almost a fully-fledged product, ready to be pushed to the market. It’s a shot to understand whether your product will be valuable for the customers in the market. All it needs is the feedback from the target audience. Unlike a prototype, an MVP expects deep technical development, as the functionality can be further added, as the product scales.

Here’s a particularly famous picture explaining how this approach works: 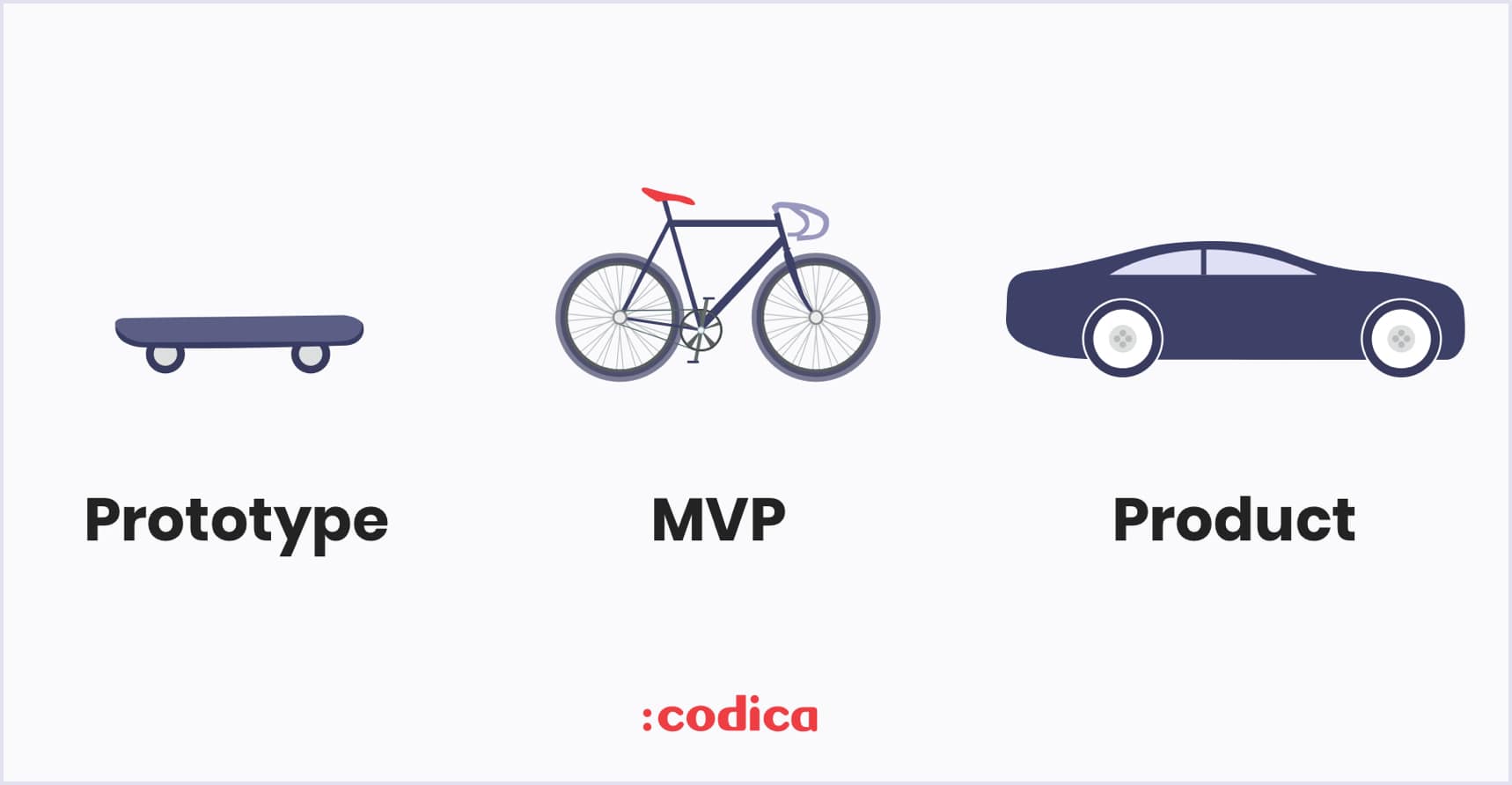 This image vividly demonstrates the essence of an MVP in the product development process. You can create a prototype, get initial feedback, release your MVP for a wider public and roll it to the market, get another feedback and only then build the final product.

It is apparent that an MVP is prominent for a startup as it provides you with the users’ feedback on early stages and can become a green light to moving forward towards a full-featured product creation.

On the flipside, it can even abandon the idea, if you see that it’s not going to be profitable.

See also: How to Create a Minimum Viable Product (MVP)

Example of an MVP

XPATconnect is a world-first service that helps expats find long-term accommodation. Initially, the customer asked to develop a platform MVP to gather the community feedback and improve the application in the future.

It differs from an interactive prototype due to its working capacity and core functionality existence. The main platform feature is to provide expats with the best accommodation based on the list of their needs and preferences. 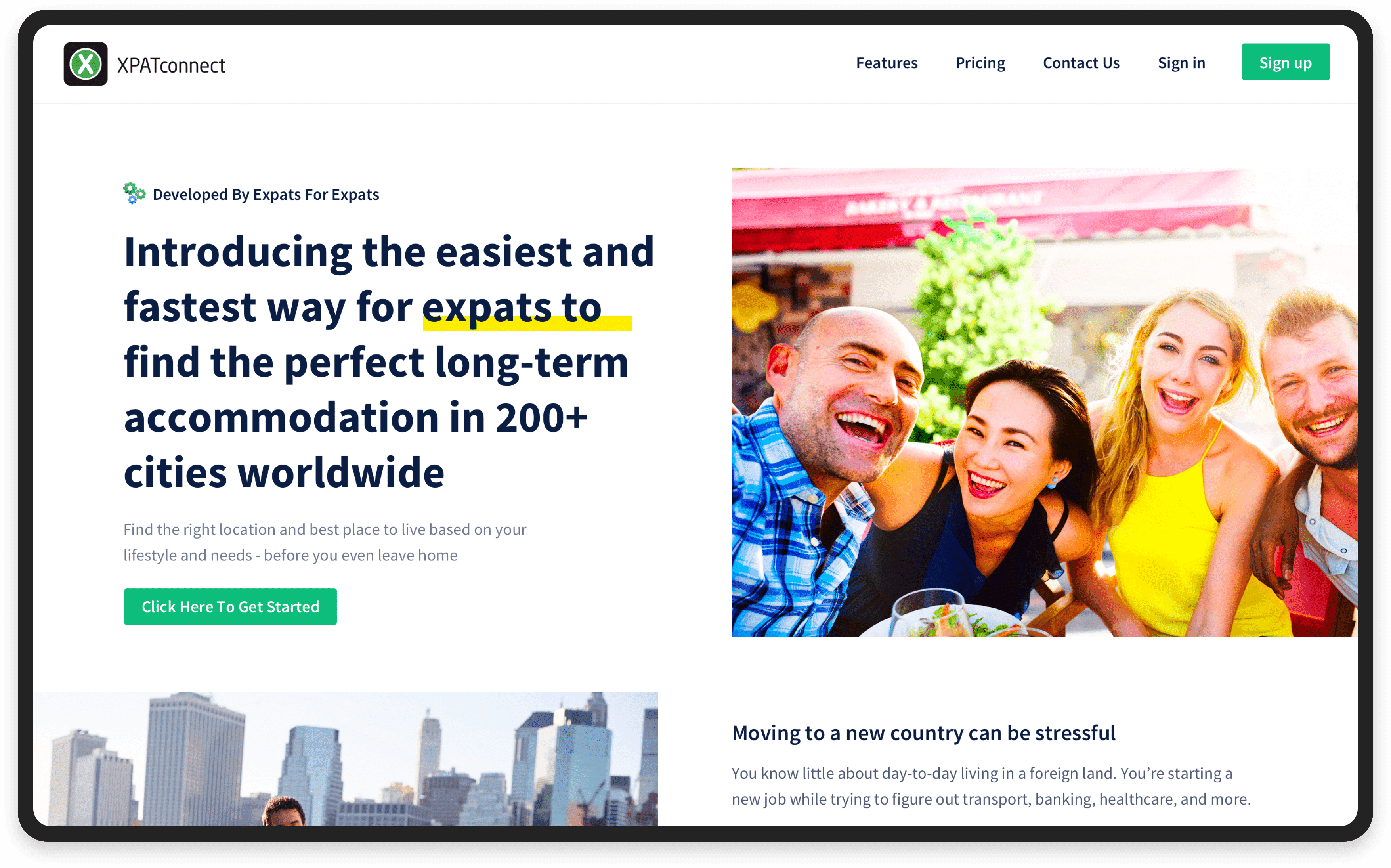 1) At the first stage, a user fills out an application form of 22 questions regarding the place, work address, house preferences, personal needs, rental budget etc. This data is then collected and analyzed to provide them with the best choices. 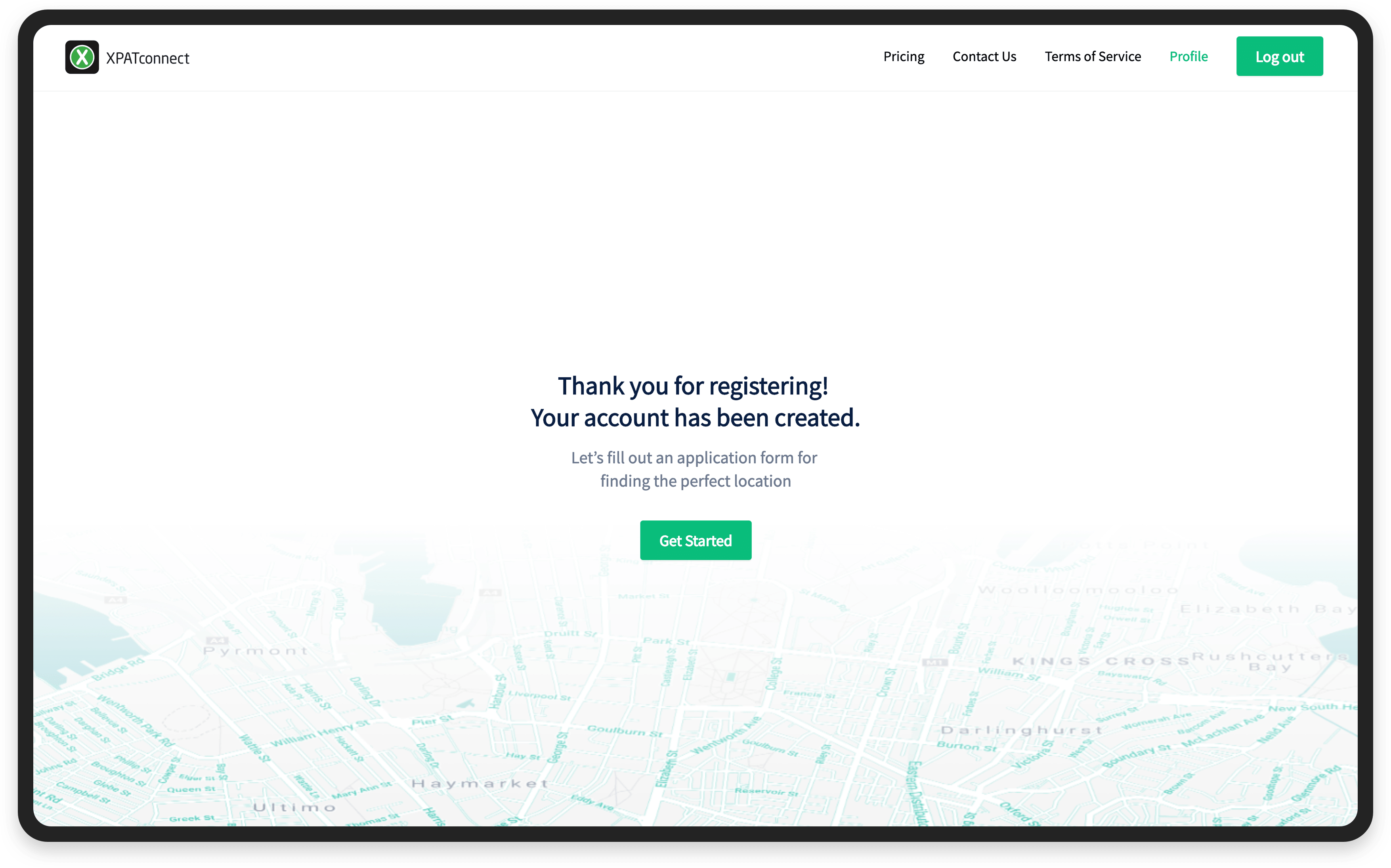 2) When the application form is filled in, XPATconnect provides a user with a map and the appropriate accommodation options within different neighbourhoods. Taking into account a user’s preferences, they can get a quick overview of each option. 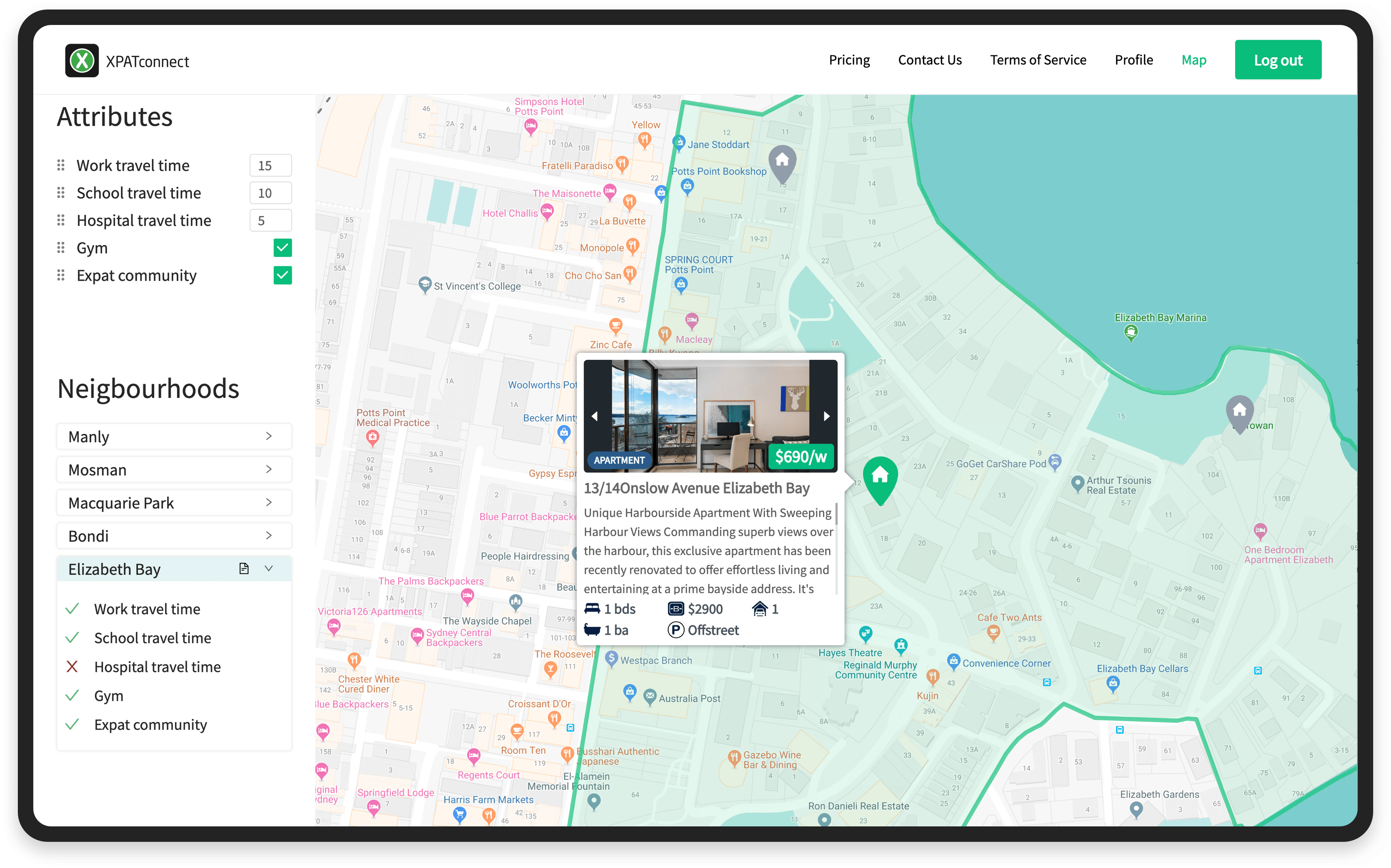 3) On selecting a preferred option, a user can build the way from the house to your work point or other facilities across city neighbourhoods. This way users see how to get to work and how long the commute will take before they even arrive. 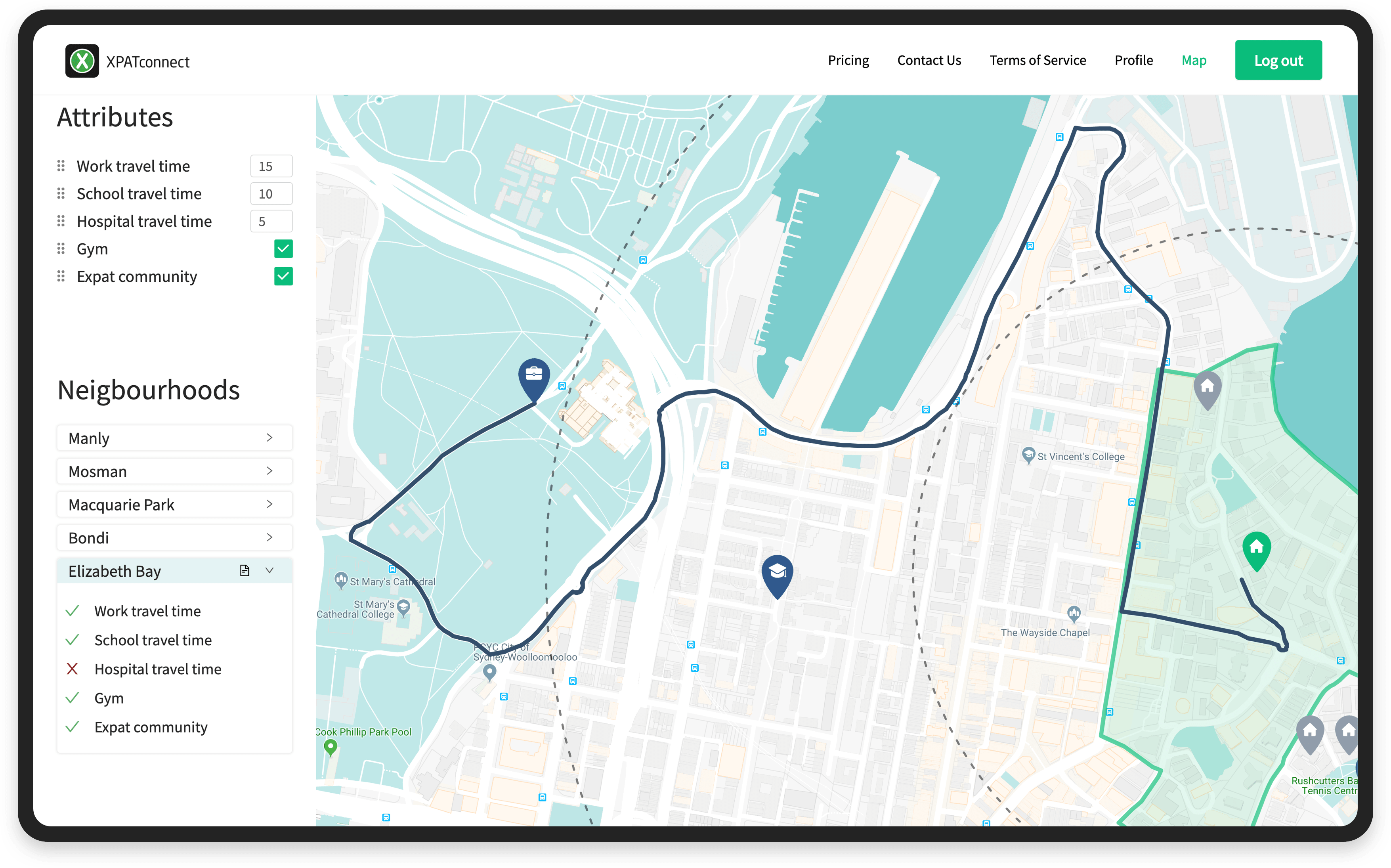 Currently, XPATconnect is at an MVP stage gathering the community feedback and improving the application.

When to use a prototype or MVP

It’s important to understand that an MVP and a prototype have definitely different goals and they should be utilized at different product development stages. Alongside, both approaches can be easily combined with each other.

Prototypes are utilized at early stages of startup product development, briefly — for presentations and user testing. Since you have presented the prototype and raised some funds for MVP development, its lifetime terminates over this stage. Most importantly, you get valuable feedback from early users and stakeholders. If the feedback is negative, you alter the prototype and try again.

Then, you should conclude the results obtained at the stage of prototype creation. The main goal is to generate a technical brief and discuss it with development teams in order to reach a conclusion concerning further app development. After the first crucial round of validation, you need to change your development style. Now you can build an MVP using the knowledge obtained from the previous round. Moreover, here you turn to a different mode of development: from rapid sketch coding to a product development that the first users will see.

You’re selling the vision and delivering the minimum feature set to visionaries not everyone.

To conclude, the prototype should be used at the very beginning to test the assumptions and show your idea alive to early investors and users. This way you persuade the investors that your idea is worth a shot and they are confident about their investment. The prototype is only a sketch, not a fully functional product. It doesn’t even have to work.

An MVP approach should be used to test your startup idea for efficiency and to get the community feedback. Moreover, this way you have the possibility to raise sufficient means and later roll the product to the market for the wider public. Even if your idea turns out to be not valuable to develop it further, you are able to stop any time without having spent a good deal of money and time.

See also: 7 Reasons to Use Ruby on Rails for Your Startup

Famous examples of a prototype and MVP

Below is an early prototype of Apple Phone (known now as iPhone). It had nothing in common with the portability but proved that Apple was ready to take the initiative in the touchscreen technology. 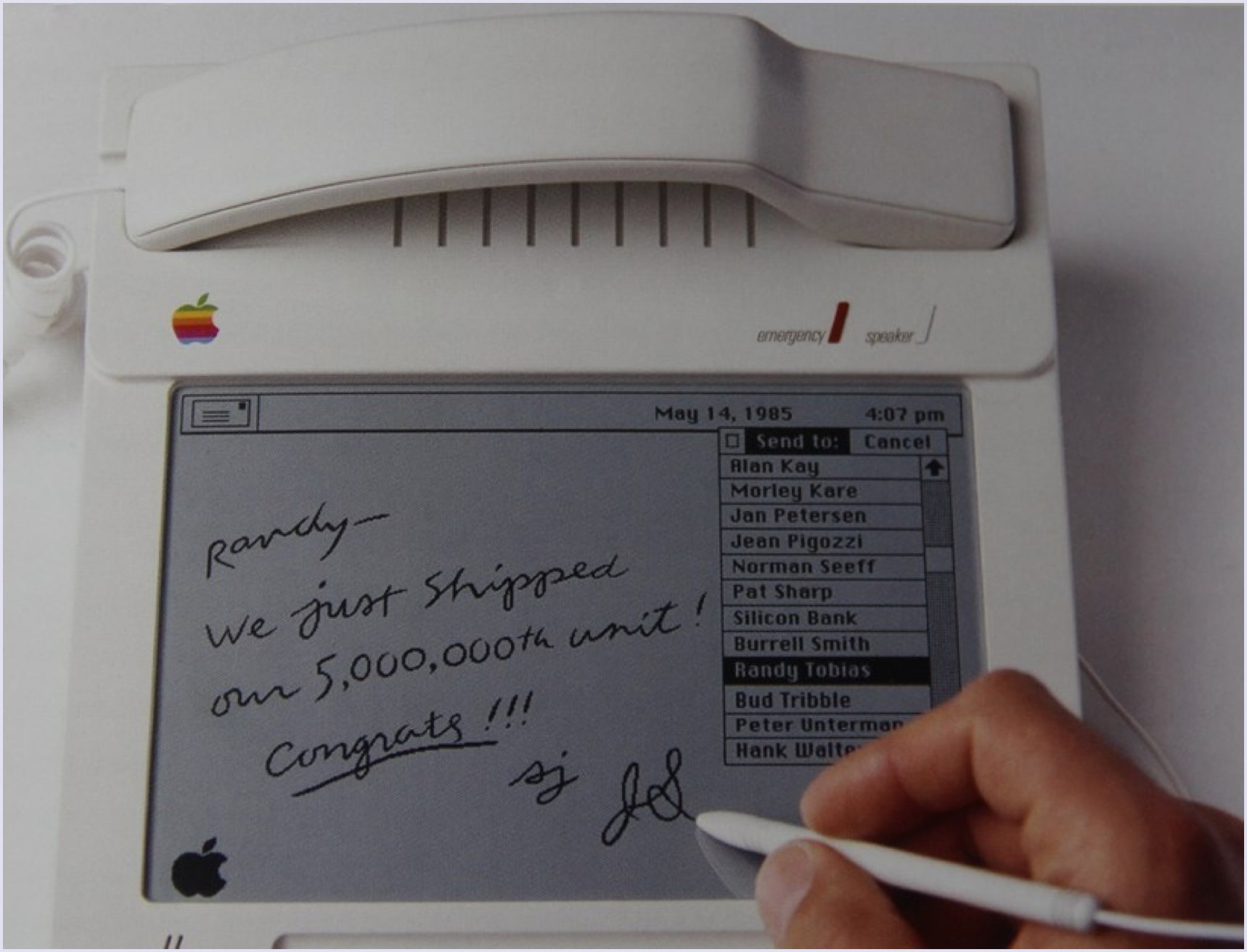 2004 noticed the beginning of what is now called Facebook, although back then it was named Thefacebook. It suffered a shortage of many services available now. To date, we all know it as one of the most successful and expensive among other social media platforms.

The initial core functionality was limited to searching for people at the school, checking who is in your classes, finding the friends’ friends etc. 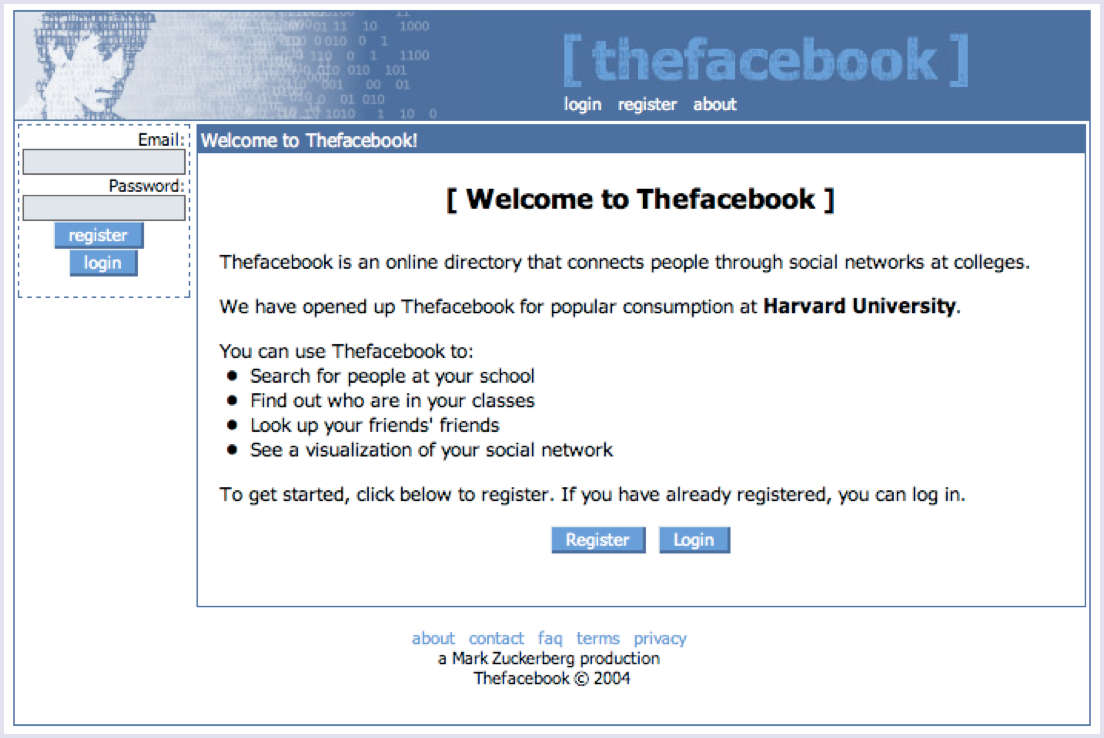 Both an MVP and a prototype are useful approaches to validate and verify the assumptions about your startup idea. Each method plays a crucial role in the development process and defining what and how to build. However, they have distinct goals in the design flow.

A product prototype only displays the functionality and doesn’t need to operate entirely. On the flip side, an MVP is already a functional product, albeit simple, ready to go on the market. It could be further improved and scaled.

Thus, before building a minimum viable product or a prototype, you really need to ask yourself the following questions:

When you want to test the system, see it working, and surprise the investors, go with an interactive prototype. In case you need to confirm your assumptions about the product’s value and roll the functional product to the market, build an MVP.

Need help creating a prototype or an MVP? Let’s discuss how we can help!

Codica is a software development consultancy that provides progressive and user-friendly solutions, helping our clients solve complex issues.Since 2015 we have been a reliable partner for brands throughout the world, including Australia, Europe, and the USA. Our team is passion...

7 Reasons to Use Ruby on Rails for Your Startup

Do you know what Github, Dribbble, and Shopify have in common? Being monsters in their niches now, all of them used great opportunities of Ruby on Rails for kick-starting. Why do so many startups and solid companies choose and continue using RoR as their technology platform? Th...
We use cookies to improve your experience with our site, including analytics and personalisation.